A perfect evening for a race in the bay. Sooty and Dawn set the same course as last week with the moderate SW winds giving us the usual downwind start but some good upwind and downwind legs from Clipera to Penrhos and back.

Just 3 yachts out for the event Jaydreamer, Houdini and Flair IV all getting a good clean start before the issues started to bite with Flair IV having problems with getting her spinnaker launched allowing Jaydreamer and Houdini to get clear. 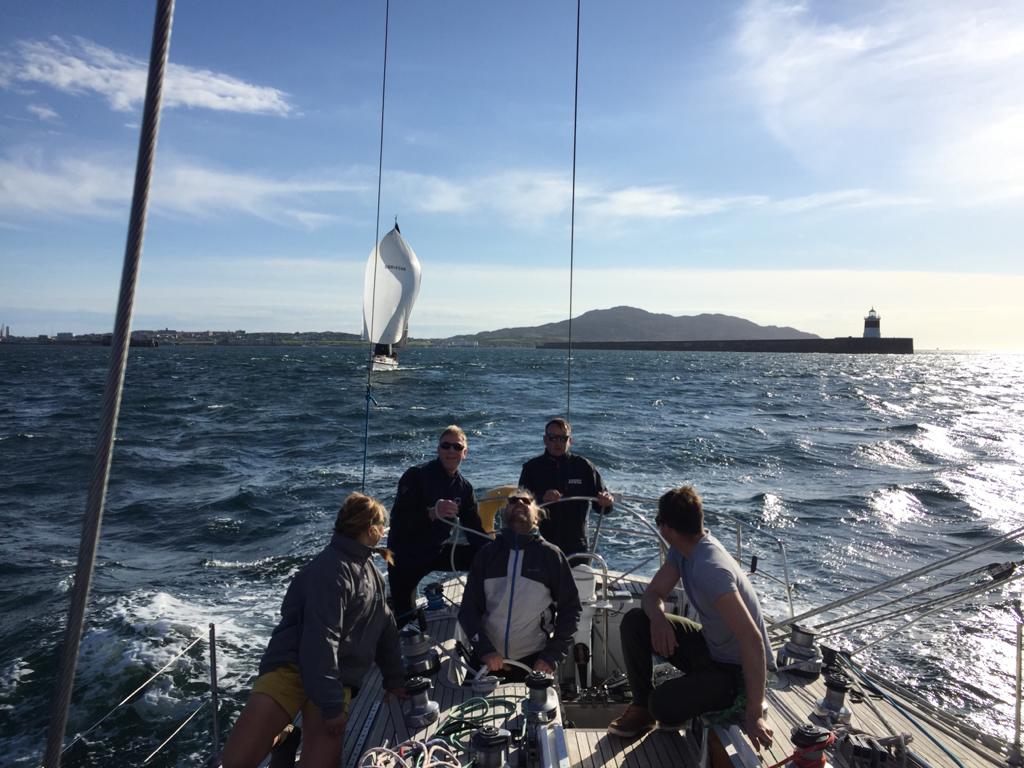 Next as the approached Clipera for the first time Jaydreamer had an issue and had to bear away from the mark losing ground to the east of Clipera. Flair IV and Jaydreamer had a close battle on the upwind leg to Penrhos but Flair’s performance to windward was letting her down allowing Jaydreamer to overtake before Penrhos.

Once round Penrhos with Flair’s spinnaker made relatively quickly she was able to overtake Jaydreamer rounding Clipera just ahead but she soon lost 2nd place as Jaydreamer comfortably passed her on the leg back to Penrhos.

Houdini was by now well clear as Jaydreamer was once again challenged by Flair on the 3rd visit to Clipera but Flair was not close enough to capitalise on her better downwind speed. So as they returned to the New Harbour Houdini led from Jaydreamer with Flair IV in 3rd place. 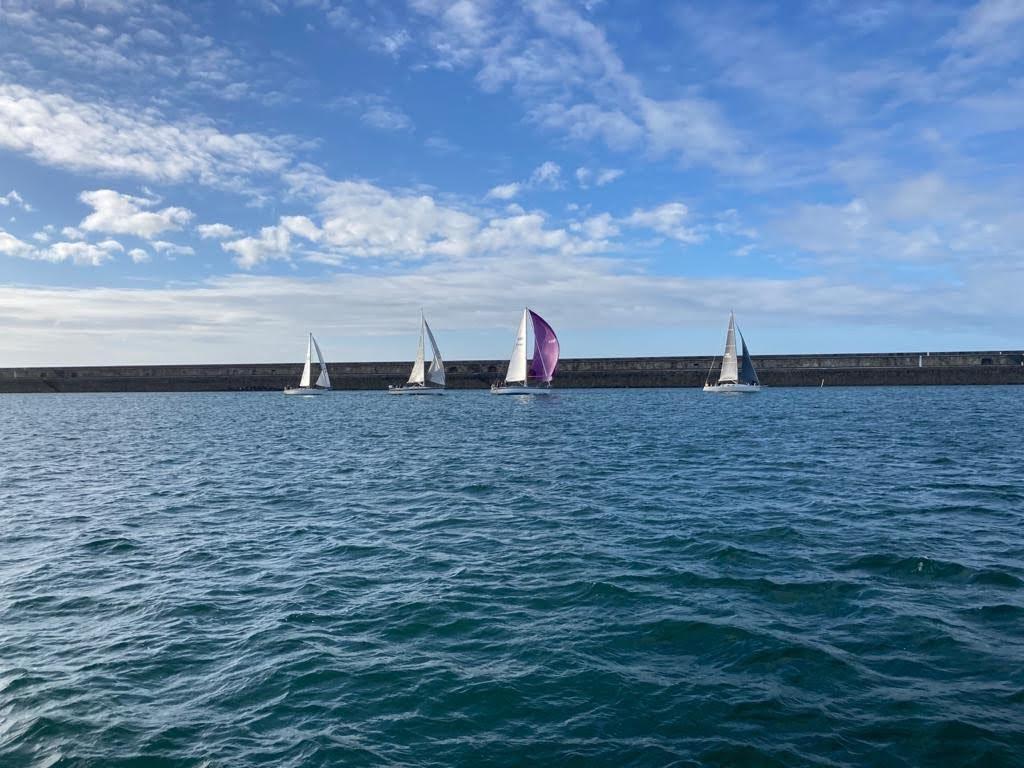 Flair IV’s choice of code zero was not the best and she struggled to stay in contention as they left the harbour.

At Clipera Houdini had established a good lead over Jaydreamer with Flair IV and Pastime battling as they rounded the mark. The leg to Penrhos was to windward and required some tacking. Many thanks to Jim Shutler for getting the Penrhos mark set and providing assurance that there was sufficient depth around the mark. 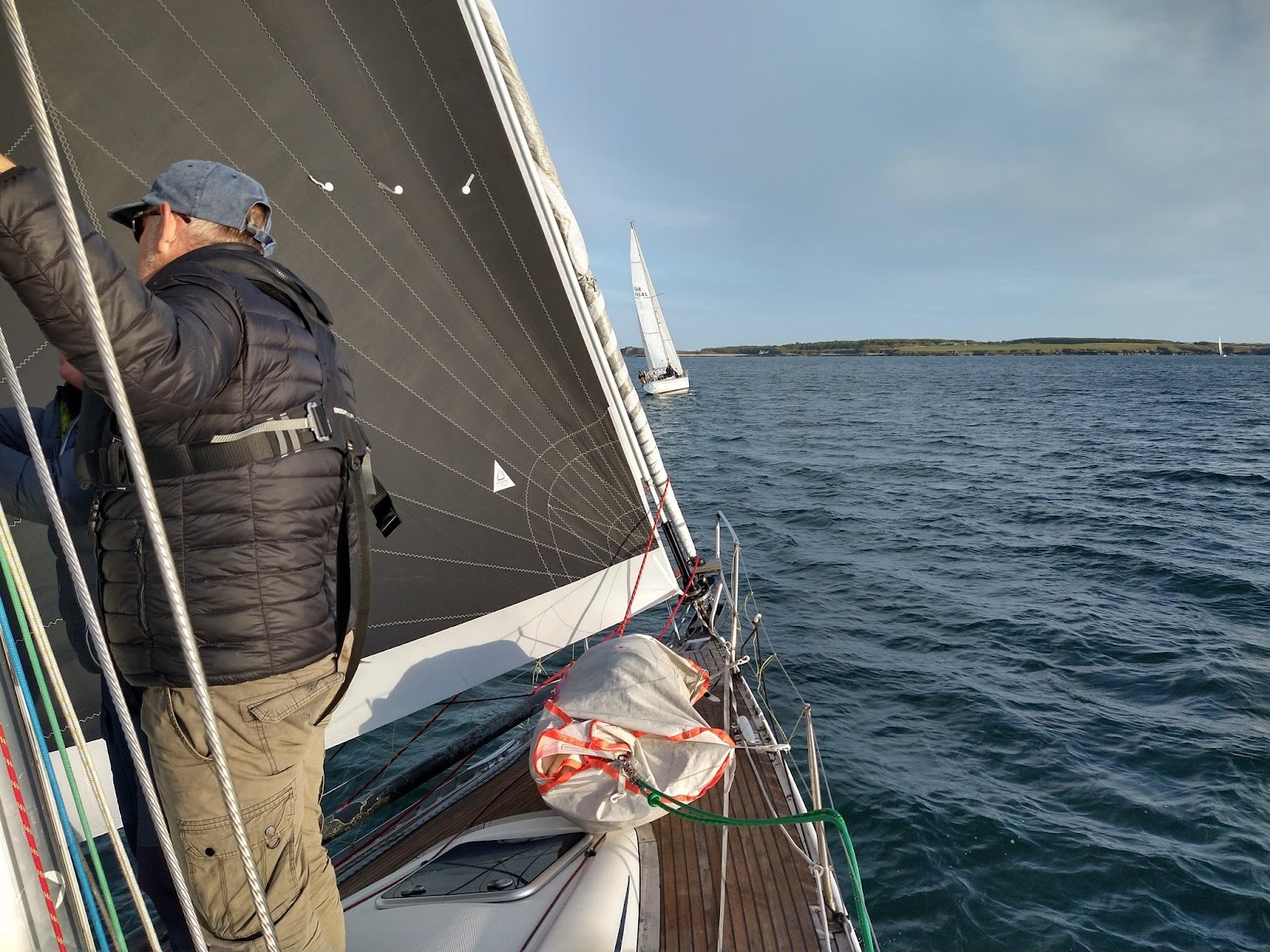 Jaydreamer retired after an issue of the settings on her depth data leaving Houdini to race ahead all on her own. Pastime and Flair continued to battle it out back to Clipera and then back to Penrhos. 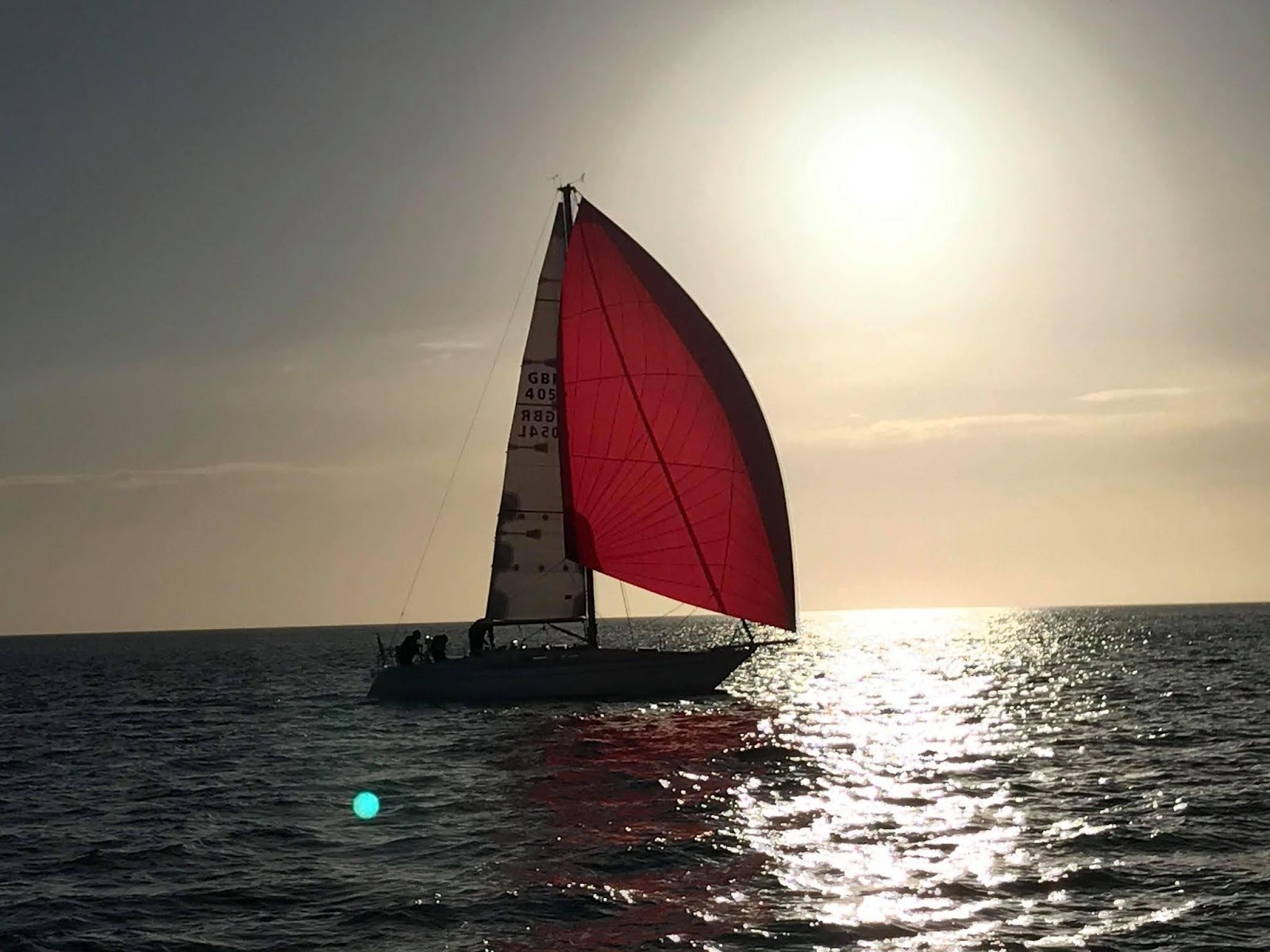 For the final leg to Clipera the ferry seemed anxious to leave the port with Pastime and Flair having traversed the harbour entrance safely.

Houdini crossed the line well ahead of the two remaining contestants with Pastime over the line in second place leaving Flair in last place.

Lots of testing of rig and sail settings being worked on and it was interesting to see how the boats interacted.

Scroll down for the series results

With Dawn setup on the quarterdeck with the new timing clock but as yet no flag pole the race was started over VHF Ch 37(M1) with confirmation of course 12.

[Note: later it was noted that the course listed as 12 on the website does not appear on the new Race Course Cards handed out by Dawn. A note will be placed on the website version.]

A downwind start allowed Jaydreamer to lead off the line with Houdini in second place, Flair IV third and then Passtime. Once Passtime had settled her asymmetric spinnaker she quickly overtook Flair running on a symmetric as Flair overhauled Houdini also on a symmetric. Meanwhile Jaydreamer was well ahead as they left the harbour towards Clipera. 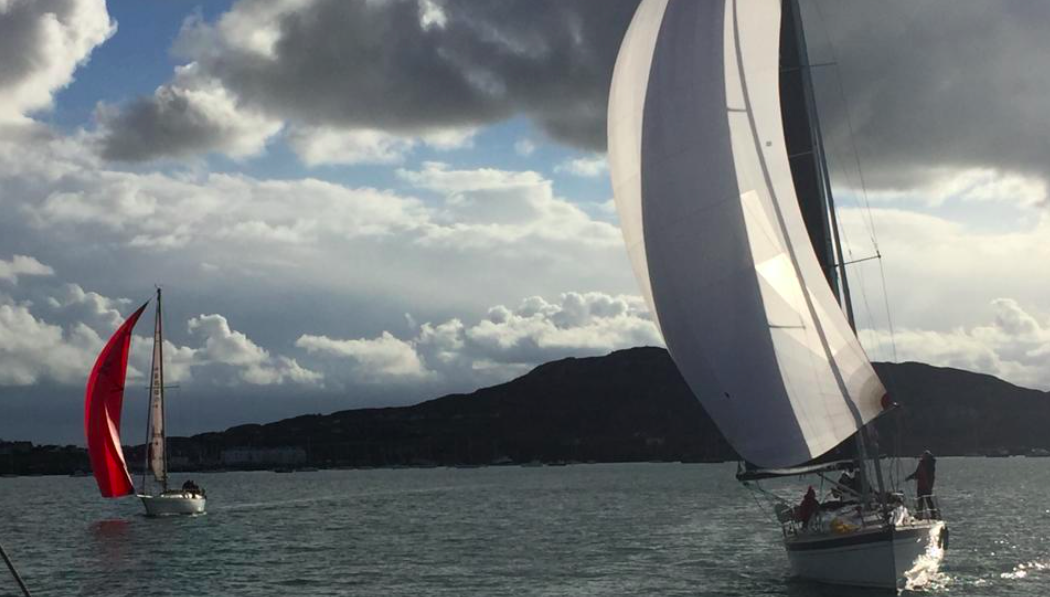 At Clipera as they rounded the mark and headed for Bolivar Jaydreamer held her lead with Passtime in close pursuit both still flying their asymmetrics leaving Flair and Houdini further behind on just their genoas in the light quartering winds.

As Jaydreamer rounded Bolivar it was clear there was a problem with her spinnaker but she still maintained her lead on the fetch to Meath with Passtime dropping back a little and Flair now beginning to catch up a little. With her spinnaker still causing problems Jaydreamer had to tack twice to round Meath losing time to the rest of the fleet but again still staying in the lead. The short broad reach and fetch between Meath, Clipera and back to Meath allowed Flair to get close to Passtime and eventually as they rounded Clipera to starboard to return to the harbour Flair sneaked inside Passtime and eased away from her on the beat back to the finish. The finish, always awkward since the moving on the line meant that all the yachts had to tack back onto port tack to cross the line.